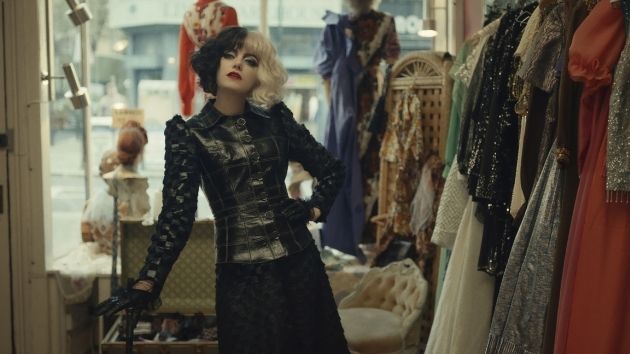 With Cruella finally in theaters, a live-action movie that explores villain Cruella de Vil’s origins, fans noticed a part of her wardrobe was noticeably absent throughout the film.

Star Emma Stone revealed in a new interview that it was not a mistake that Cruella’s signature long cigarette holder didn’t appear in the movie.

During the 1961 animated film One Hundred and One Dalmatians, Cruella was normally seen clutching a cigarette as sickly green smoke wafted behind her.  When asked why the villain’s statement piece was intentionally left out, Stone said it’s because opinions on smoking have changed in the past 60 years.

“That is not allowed in 2021. We are not allowed to smoke onscreen in a Disney film,” the Oscar winner told The New York Times.

Stone, 32, added that she had been looking forward to rocking the cigarette holder on screen, telling the publication, “It was difficult to not have that cigarette holder… I was so excited to have that green plume of smoke in there, but it was not possible.”

Disney was among the first major studios to ban movies from featuring cigarettes and smoking, announcing the new rule in 2007.

In the end, Stone explains that her version of Cruella is different than her animated counterpart, adding, “We don’t quite get to a place where this woman is skinning puppies, but there is an exploration of what it means to be ‘bad’ and what the difference is between that and being rebellious and thinking differently than everyone around you.”

Cruella is in theaters now and is available to watch on Disney+ with Premiere Access.