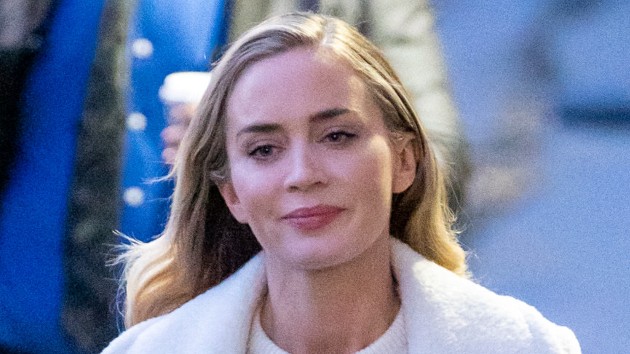 Emily Blunt shot down rumors that she and husband John Krasinski were suiting up for the Marvel Cinematic Universe.  In a recent interview, the A Quiet Place star was asked about the Fantastic Four reboot casting rumors, which she maintained were false.

Speaking on The Howard Stern Show, the British actress explained that the reports are speculative “fan-casting” and “People saying, ‘Wouldn’t that be great?"”

Blunt also opened up about her famously turning down the opportunity to play Black Widow in Iron Man 2 after being offered the role.  Scarlett Johansson inevitably went on to adopt the mantle and will take her final bow in Black Widow, due out later this year.

The Golden Globe winner attested she didn’t reject the part because she thought it was beneath her.

“I love Iron Man, I wanted to work with Robert Downey Jr. It would’ve been amazing,” she gushed before opening up about her thoughts on the superheroes becoming a box office staple.

“I don’t know if superhero movies are for me. They’re not up my alley,” confessed Blunt.

When asked if she is tired of the superhero genre, the Mary Poppins Returns star admitted that she believes “it’s been exhausted.”

“We are inundated.  It’s not only all the movies, it’s the endless TV shows as well,” Blunt noted, but added she is not ruling out the opportunity of suiting up should the opportunity arise.

It’s not to say that I’d never want to play one.  It would just have to be something so cool and like a really cool character, and then I’d be interested,” she teased.  “But, in general, I don’t race to see superhero movies.”