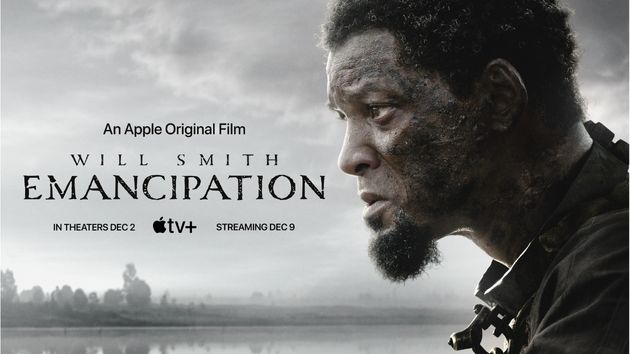 Based on a true story, Will Smith plays a runaway slave, and Ben Foster portrays the man tasked with hunting him down. It’s a role Foster tells ABC Audio that he didn’t want to do it at first, but now he’s “so proud to be a part of this film.”

“I believe that Antoine Fuqua, our director, accomplished, is not only entertaining, not only historically based on true events but reminds us of the great power of love and hope. And freedom. And that it is possible,” he shares.

Taking on the role wasn’t an easy one, though. Foster says it was a physically and emotionally draining six-month shoot where they had to deal with alligators, hurricanes, and more. Even with the obstacles, Foster expressed that Smith’s performance blew him away, calling it “the finest performance he’s ever given, and that’s saying a lot.”

Surprisingly, though, because of the antagonistic nature of their characters, Foster and Smith never interacted in person on set.

“We didn’t talk for five months on set. We both looked at each other. He was deep in the man he was portraying. I was doing my work and I respect his work immensely,” Foster shares.

“I double took when I first saw Will on set because he was so emaciated, he just, he completely transformed for this role. Like, there was no Will Smith present,” she says. “And as an actor working alongside him, you want to see people who lead by example and you know, he was giving it his all. And so we all stepped up and gave it our all as well.”