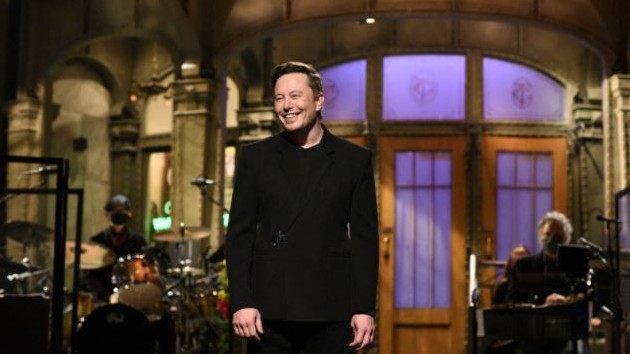 Tesla CEO and SpaceX pioneer Elon Musk made his Saturday Night Live hosting debut this weekend, delivering a wide-ranging monologue in which he revealed being diagnosed with Asperger’s syndrome, his controversial Twitter posts and vision for the future.

“I’m actually…the first person with Asperger’s to host SNL — or at least the first to admit it,” he declared in his monologue’s opening remarks.

In reality, that honor belongs to former SNL cast member Dan Aykroyd, who hosted the show back in 2003 and he has admitted that he was diagnosed with mild Asperger’s Syndrome.

Musk went on to lay out his vision for the future, stating, “I believe in a renewable energy future. I believe that humanity must become a multi-planetary, space-bearing civilization.”

The billionaire, known for his controversial tweets, including slamming COVID-19 pandemic as “dumb,” and predicting there would be “close to zero new cases” by the end of April 2020, answered his critics by explaining, “I know I sometimes say or post strange things, but that’s just how my brain works.”

“To anyone I’ve offended, I just want to say, I reinvented electric cars and I’m sending people to Mars in a rocket ship. Did you think I was also going to be a chill, normal dude?” he added.

Musk’s SNL debut, live streamed globally via YouTube — a first the Saturday night staple — brought the show its third-highest ratings of the season.