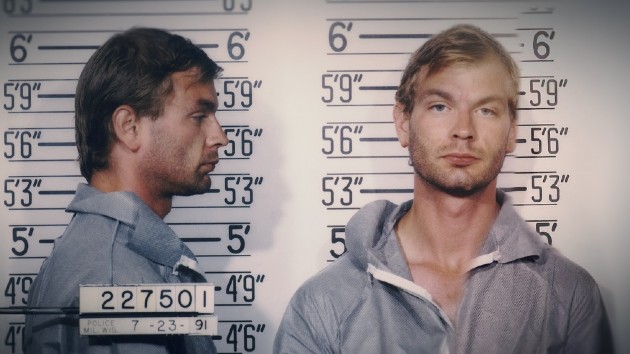 If you’re looking to portray one of America’s most infamous serial killers this Halloween, don’t bother looking on eBay.

The online auction giant has been removing costumes that were being sold on the site in the wake of the runaway popularity of Netflix’s Dahmer: Monster and the streaming service’s popular Conversations with a Killer, which features the convicted murderer.

A rep for eBay confirmed it wasn’t a recent decision regarding Dahmer specifically but said the company was merely enforcing its “Violence and Violent Criminals” policy, which states, “Listings that promote or glorify violence or violent acts, or are associated with individuals who are notorious for committing violent acts, are not allowed.”

Starring Evan Peters as the titular killer and Niecy Nash, Dahmer – Monster: The Jeffrey Dahmer Story became one of the most-watched series in Netflix’s history.

He has the meats: A creepy Evan Peters haunts ‘Dahmer — Monster: The Jeffrey Dahmer Story’

“SO DAMN STOKED!” Jeffrey Dean Morgan is joining ‘The Boys’ for season 4