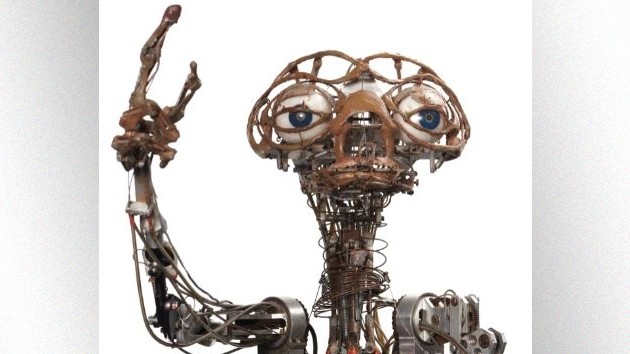 Some deep-pocketed movie fans made off with some pricey props from the big screen over the weekend, as part of Julien’s Auctions and Turner Classic Movies’s Icons and Idols: Hollywood auction.

Among the 1,300 pieces of memorabilia was the event’s heaviest hitter: the original film-used “mechatronic” model that brought E.T. the Extra Terrestrial’s friendly alien to life sold for $2,560,000. The metal skeleton and E.T.’s bright blue eyes were all that remained from Steven Spielberg‘s alien star: its latex body had long since deteriorated.

A pearl gray silk dress worn by Marilyn Monroe fetched $224,000; a journal with handwritten notes from the superstar went for $87,500.

Other big-ticket items that were on the block included the iconic Ten Commandments staff Charlton Heston‘s Moses used to part the Red Sea, which sold for $448,000, more than 22 times its original estimate, and a shield wielded by Chris Evans‘ Captain America, which sold for $102,400.

Other props that sold included Pedro Pascal‘s shiny silver helmet from The Mandalorian, which went for $75,000, and Bruce Lee‘s screen-used nunchakus from Enter the Dragon, which sold for $64,000.