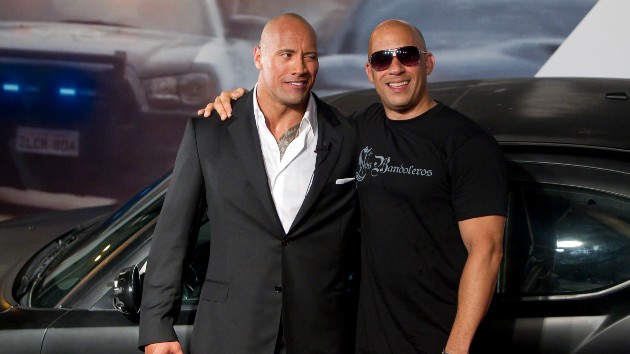 Dwayne Johnson says he won’t be returning to the Fast & Furious franchise, despite Vin Diesel’s recent pleas on social media.

Johnson tells CNN that back in June, he told Diesel privately that there was “no chance” he’d return, so he was surprised when Diesel shared an Instagram post in November begging him to come back.

“Vin’s recent public post was an example of his manipulation,” Johnson, who played Luke Hobbs in the series, says. “I didn’t like that he brought up his children in the post, as well as Paul Walker‘s death. Leave them out of it. We had spoken months ago about this and came to a clear understanding.”

Johnson adds that his goal was “to end my amazing journey with this incredible Fast & Furious franchise with gratitude and grace” and says “it’s unfortunate that this public dialogue has muddied the waters.”

Still, Johnson says, he wishes his former co-stars and crew member “the best of luck and success in the next chapter.”

In Diesel’s Instagram post on November 7, he wrote, “My little brother Dwayne… the time has come. The world awaits the finale of Fast 10,” adding, “I say this out of love… but you must show up, do not leave the franchise idle you have a very important role to play.”