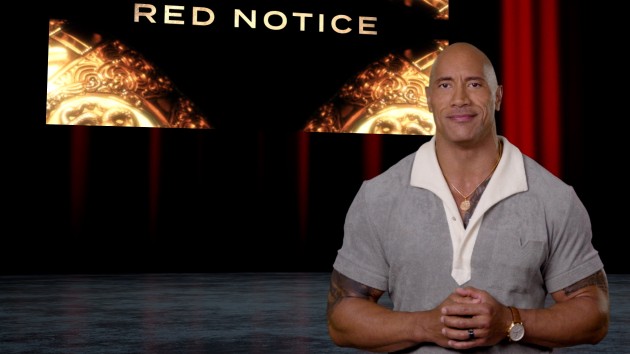 (NOTE LANGUAGE) Dwayne “The Rock” Johnson just “paused his workout for a second” to share some news with his 287 million Instagram followers.

Johnson explained in a post that Netflix had just called to inform him that currently, the streaming giant’s “top three movies in the world belong to me.”

He went on to explain that Red Notice still sits at number one on the global ranking — Johnson thanked fans for making it “the biggest movie of all time for Netflix.”

The third is a 2012 throwback called Journey 2: The Mysterious Island, which Johnson called a “very special family movie.”

“I’m privileged to deliver the goods for you,” Johnson said, before signing off by blowing the camera a kiss.

Johnson and his Hobbs co-star Jason Statham‘s breaking off to do their own blockbuster film reportedly didn’t sit right with Diesel, and their co-star ,Tyrese Gibson.

Last November, Diesel posted a message to his “little brother Dwayne” — who, at six foot five stands some five inches taller than Diesel — hoping they could reunite for the final Fast and Furious film.

In December, Johnson explained to CNN that while he “would always be supportive of the cast and always root for the franchise to be successful,” there was “no chance” he’d return.