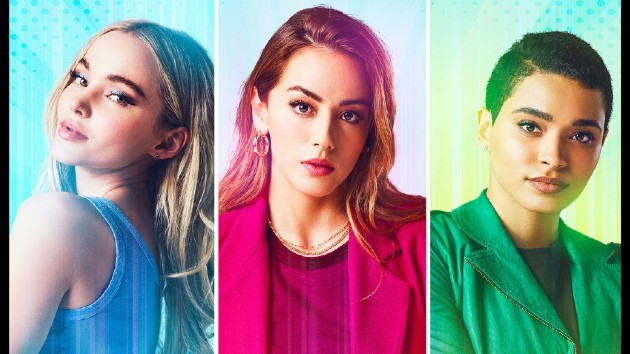 Dove Cameron, who will star as Bubbles in the upcoming Powerpuff Girls reboot, explained why the series has gone back to the drawing board.

While Cameron was unable to dive into specifics because “they are still changing,” the Descendants star confirmed, “They didn’t decide to rework the pilot because the script leaked. I just need to say that that wasn’t what happened. We had to reshoot it anyway for a couple of reasons.”

“It’s a really big piece of IP, and it’s tonally very specific. Like getting it right, making everybody happy, and also making sure that it translates. It’s so specific,” she continued. “To modernize it and to make it fit like, a bunch of different things that don’t normally go together, it’s just kind of like a puzzle piece. So we’re removing some elements and we’re replacing others.”

Cameron also hinted, “I think the script is going to get another whack, and it’s just going to be a slightly different approach but everything else is going to stay the same.”

The actress maintained that she is excited to reshoot the pilot and called her upcoming starring role “the coolest job ever.”

CW Chairman & CEO Mark Pedowitz spoke with TV Line about the decision last month, confirming, “the pilot didn’t work” but that they are “going to give it another shot.”

When asked why the pilot failed, Pedowitz revealed that the tone was “a little too campy” and that the team wants “to get it right before we put it out.”