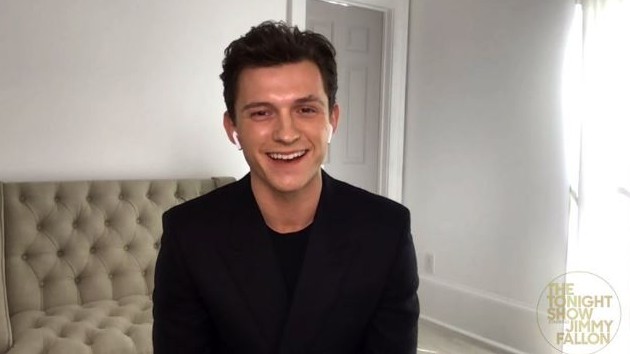 (NEW YORK) — It looks like Tom Holland is still paying the price for revealing several precious Marvel Cinematic Universe secrets back in the day. The 24-year-old actor, who stars in the recently announced Spider-Man: No Way Home, admits he is still in the dark when it comes to the movie’s biggest spoilers — or so he says.

Appearing recently on The Tonight Show Starring Jimmy Fallon, Holland was grilled on the third Spider-Man installment and whether or not the audience can expect to see a few familiar faces.

Most notably, rumors have been swirling for months that past webslingers Tobey Maguire and Andrew Garfield will be making a cameo.

When pressed by host Jimmy Fallon, the British actor confessed, “It would be amazing if they were, because they haven’t told me that yet.”

“And I am Spider-Man, and I’ve read the script from the beginning to the end. So, it would be a miracle if they could have kept that from me,” he cracked before assessing, “But at the moment there is no cameo from the two boys.”

Fallon further pried over the possibility that the two actors could be featured in the film, questioning, “But they do keep things from you, though, don’t they?”

“Actually, it’s getting to the point where it’s really frustrating,” Holland confessed, who feels like he’s proven himself to become a trusted member of the MCU’s inner circle again. “Because I feel like now I’ve progressed. I’m a trustworthy member of The Avengers. And I haven’t really ever spoiled anything.”

When Fallon let off an unimpressed “Mm,” Holland quickly remedied, “Well, there’s a few things, but no big things!”

That, too, was a lie — as the young actor has previously spoiled movie titles and major plot points.