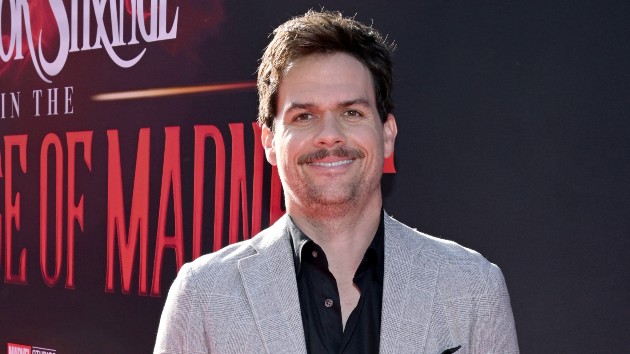 (SPOILERS) Michael Waldron, who broke open Marvel Cinematic Universe’s Multiverse with the hit Disney+ series Loki, is spilling spoilers about his latest success, Doctor Strange in the Multiverse of Madness.

The movie has Elizabeth Olsen‘s Wanda Maximoff/Scarlet Witch “breaking bad,” as the writer puts it, after she got a hold of a black magic book called the Darkhold in the close of the Emmy-nominated series WandaVision.

Some had griped online that Wanda’s movie move to the dark side undoes her arc in WandaVision, which ends with her coming to terms with the loss of her love, Paul Bettany‘s Vision.

He continues, “You see in the final scene of WandaVision — the mistake that our Wanda makes is she opens the Darkhold. So yeah, that was how I arrived there. It made sense to me and it made sense to our teams because we built the story.”

With Doctor Strange out of the way, Waldron is again working “in earnest” with Marvel Studios head Kevin Feige on a hush-hush Star Wars feature script.

“It’s a lot of fun,” Waldron teases, adding, “I’m enjoying having the freedom on that to do something that’s not necessarily a sequel or anything….it just doesn’t have a bunch of TV shows and movies that you’re servicing on top of it, the way I did with Doctor Strange.”

He calls dabbling in that galaxy far, far away, “nice,” adding, “It feels like a different exercise.”