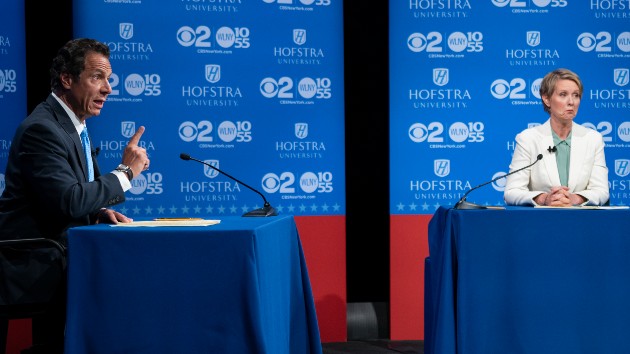 On Tuesday, Kathy Hochul was sworn in as governor of New York, replacing a disgraced Andrew Cuomo, who resigned over his sexual harassment scandal. But on that day, he received some more bad news: his Emmy was rescinded.

The International Academy of Television Arts and Sciences honored the former governor with the 2020 International Emmy Founders Award, for his “exceptional use of television for Public service during the COVID-19 pandemic.” That drew fire from his critics, especially considering that Cuomo and his administration were accused of under-counting the number of elderly New Yorkers who died of COVID-19 in nursing homes.

“[I]n light of the New York attorney general’s report, and Andrew Cuomo’s subsequent resignation as governor, [The Academy is] rescinding his special 2020 International Emmy Award,” IATAS said in a statement. “His name and any reference to his receiving the award will be eliminated from International Academy materials going forward.”

And while celebrities like Robert De Niro and Billy Joel shouted out Cuomo in recorded messages when he received his trophy last year, one star just took to Twitter after the Emmy was taken away: his one-time gubernatorial rival, Sex and the City star Cynthia Nixon.

“The difference between me and Andrew Cuomo? Neither of us is governor, but I still have my Emmy(s),” she snarked.

The difference between me and Andrew Cuomo? Neither of us is governor, but I still have my Emmy(s).