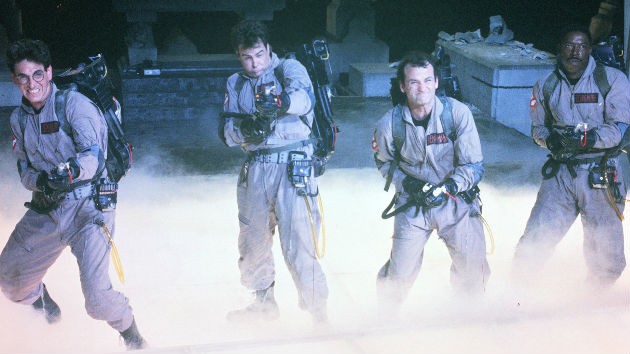 Fans already knew the original cast would return — in their original roles, unlike the reboot — but seeing Bill Murray, Ernie Hudson, Dan Akykroyd, and the late Harold Ramis suited up in a vintage photo in the trailer brought all the feels back.

Now Ghostbusters: Afterlife director Jason Reitman, the son of original Ghostbusters and Ghostbusters II producer Ivan Reitman, has partnered with IGN for a deep dive into his new trailer, to show the pains all involved went through to pay honor to what he called the “original sauce” that made the first two films so special to fans.

Among them, Reitman points out, are the props from the original two films that have been faithfully laser scanned and replicated for use in his film. Also making an appearance in the coming attraction is the “terror dog” as seen in the 1984 original — Reitman explains how their digital effects wizards replicated its wonky running that was due to the limitations of the effects at that time.

Reitman said of the project, “…I feel like I’m not really carrying the Spengler story, but I’m carrying my own family story,” adding he’s “thrilled to share it with everybody.” The filmmaker said, “It’s a movie that was made by a family about a family. My father and I cannot wait for you to see this in theaters.”

Also debuting along with the trailer was a new line of toys from Hasbro Pulse, including action figures of McKenna Grace and Finn Wolfhard‘s characters and their friends, as well as the original Ghostbusters, all in their gear.