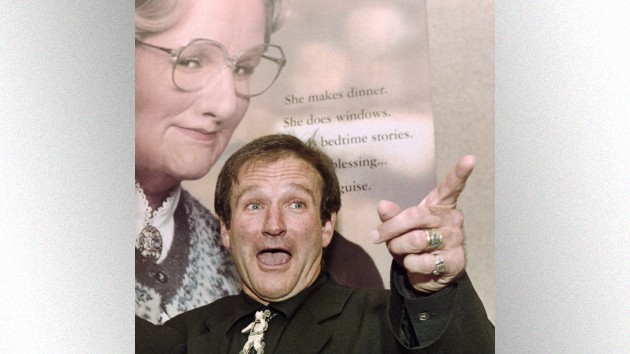 (LOS ANGELES) — A rated-R version of Mrs. Doubtfire is not an urban legend after all.  The movie’s director, Chris Columbus, confirmed the shocking news in a recent interview.

Speaking to Entertainment Weekly, Columbus says the only reason that an adult version Mrs. Doubtfire exists is because the movie’s star, the late Robin Williams, cracked one too many jokes her had to leave on the cutting room floor.

The director furthered that multiple versions of the 1993 film exist, all due to Williams’ penchant for improv.

“There was a deal between Robin and myself, which was, he’ll do one or two, three scripted takes. And then he would say, ‘Then let me play,"” Columbus reflected. “And we would basically go on anywhere between 15 to 22 takes, I think 22 being the most I remember.”

The director said the gifted comedian would come up with a new version of the scene with each take, with some lines being more risqué than others.

“He would sometimes go into territory that wouldn’t be appropriate for a PG-13 movie, but certainly appropriate and hilariously funny for an R-rated film,” he laughed, estimating that “three or four versions of the film” exist because of the reshoots.

“I would be open to maybe doing a documentary about the making of the film, and enabling people to see certain scenes re-edited in an R-rated version,” Columbus winked and expressed openness to getting that footage out of the vault.

“The problem is, I don’t recall most of it. I only know what’s in the movie at this point because it’s been a long time,” he confessed. “But I do remember it was outrageously funny material.”

However, before #ReleaseTheColumbusCut starts trending, a la Justice League’s recent fan-spurred “Snyder Cut” rebirth, Columbus maintains the theatrical version of the movie is “the definitive cut,” which he says he’s “very proud of.”