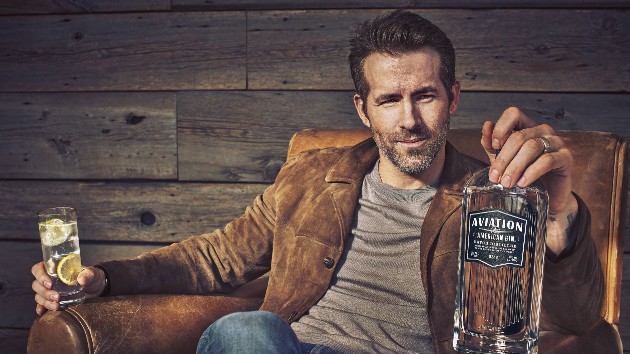 While some companies have been known to do stuff like this, Ryan Reynolds‘ Maximum Effort and Aviation Gin are not apparently the type to sue a fan for using their logos as a tribute.

Still, the actor and entrepreneur couldn’t help but spoof our litigious society by sending a “cease and desist” letter to a guy named Adrian Molina, who turned his own initials into a small tattoo tribute to Ryan’s companies.

“Condensed my initials into the Aviation Gin ‘A Wing’ [logo] and the amazing Maximum Effort logo” Molina tweeted both companies on Friday.

On Saturday, Molina posted a photo of an authentic-looking legal document signed by Reynolds, with a Post-It saying “Fax to Adrian.” The letter described his new ink as being, “confusingly similar to our trademark (the coolest little ‘M’ in the world),” and asked him to “cease and desist from this activity,” which would obviously be impossible.

A little Twitter sleuthing revealed, however, that Molina is a brand manager for Reynolds’ gin company. That said, the star was apparently surprised by the loyalty, noting to Molina on Friday, “What have you done?”  He also tweeted that Molina’s ink “Is in no way company policy. Yet.”

Ryan seems to insist the tattoo wasn’t a purposely viral stunt, adding, “We made up the cease part. But the desist stuff is 100 percent true.”