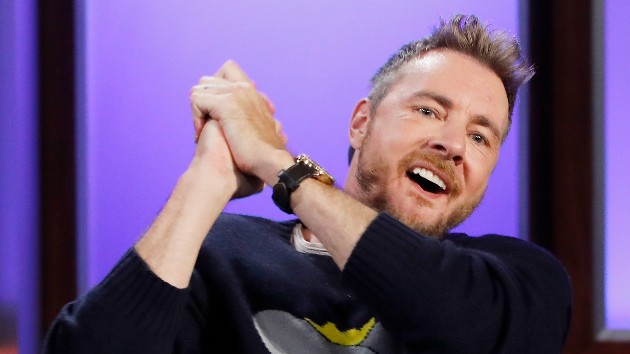 Dax Shepard is proud to be a “big boy.”

On his latest podcast episode of Armchair Expert, the Parenthood alum revealed that he bulked up during lockdown as part of a dream he’s been chasing for a decade.

“I spent my whole life as a medium boy, and now I’m a big boy and I like it,” he grinned.  “Mentally, I love it because it makes me far more on fire to be alive.”

The actor also revealed he was “depressed” after he filmed the 2017 box offiice dud, CHiPs, and at the time thought his only path was “literally retiring.”

“All of a sudden I was on fire to work,” said Shepard of his new hobby. “This is the version I enjoy.”

Dax recently shared an adorable video on Instagram of him on a road trip with his eight-year-old daughter, Lincoln, as the two belt out Adele‘s 2015 hit “Hello.”

“Heaven is a place on a twisty two lane mountain pass where screaming @adele with your daughter is required,” the Bless This Mess star declared.

‘The Bachelorette’ recap: A shocking and emotional departure rocks Gabby ahead of hometown visits