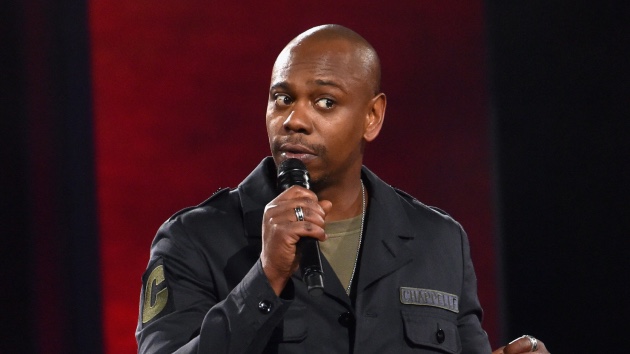 Dave Chappelle is returning to a stage near you with his socially distanced comedy show, Dave Chappelle & Friends. The show will be held at the Wirrig Pavilion in his hometown of Yellow Springs, Ohio, on four different dates: May 26, 27, 28, and 29.

The Wirrig Pavilion is the same venue where the comedian hosted comedy shows last year before he tested positive for COVID-19 in January. After which, Chappelle canceled his performance in Austin, Texas, and other remaining shows.

The Chappelle Show star is also set to perform at the Foxwoods Resort Casino in Connecticut on multiple dates in June. You can find tickets for Dave Chapelle’s upcoming performances at Ticketmaster.com.

Another comedian and actress, Tiffany Haddish, has been tapped to host TBS’s weekly movie showcase, Friday Night Vibes. According to Deadline, Haddish’s new role arrives with TBS and TNT’s announcement of Front Row programming, which will air the network’s original content and shows initially made for HBO Max.

Haddish will be joined by a surprise guest each week on Friday Night Vibes, starting June 18. TBS says the show “will be ground zero for those who love movies, the culture, music and hanging out at the beauty salon and barbershop.”

And lastly, according to The Hollywood Reporter, Universal Pictures’ new film, Beast, is expected to hit theaters on August 19th, 2022. In the movie from 2 Guns director Baltasar Kormákur, actor Idris Elba, plays the father of two teenage girls being hunted by a rogue lion in South Africa.