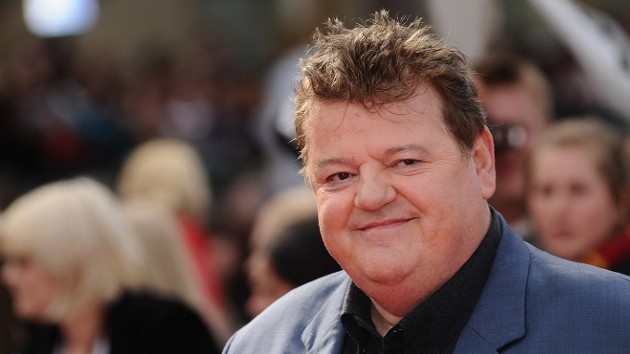 With the news that Harry Potter series star Robbie Coltrane has passed away at 72, friends have taken to social media to mourn him.

In a statement, his Potter series co-star Daniel Radcliffe called Coltrane “one of the funniest people I’ve met,” and an “incredible actor and a lovely man.” Radcliffe recalled, “I’ve especially fond memories of him keeping our spirits up on Prisoner of Azkaban, when we were all hiding from the torrential rain for hours in Hagrid’s hut and he was telling stories and cracking jokes …” Radcliffe added, “I feel incredibly lucky that I got to meet and work with him and very sad that he’s passed.”

Emma Watson, who played Hermione Granger in the Potter films, said Coltrane “was like the most fun uncle I’ve ever had.” She described him as “deeply caring and compassionate towards me as a child and as an adult.” The actress continued in part, “His talent was so immense, it made sense he played a giant. He could fill any space with his brilliance.” She closed by saying, “You made it a joy to be Hermoine.”

Matthew Lewis, who portrayed Neville Longbottom, called Coltrane, “A giant, in more ways than one.”

Harry Potter series creator, author JK Rowling, posted a photo of her and the actor, noting, “I’ll never know anyone remotely like Robbie again. He was an incredible talent, a complete one off, and I was beyond fortunate to know him, work with him and laugh my head off with him. I send my love and deepest condolences to his family, above all his children.”

The official James Bond Twitter account called the GoldenEye and The World is Not Enough co-star’s death “a tragic loss to the world.”

Even the prime minister of Scotland, Nicola Sturgeon, weighed in, calling Coltrane a “Scottish entertainment legend,” who “will be hugely missed.”