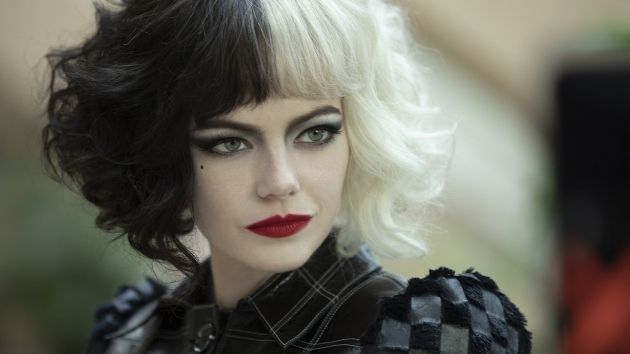 Disney’s Cruella, a prequel to 101 Dalmatians, opens tomorrow in theaters and on Disney+.

Mark Strong, who plays John, the valet to the titular character, played by Emma Stone, says if you’re worried the film would be anti-dog, guess again. He and the whole crew loved their canine co-stars and he couldn’t believe how professional the pups were.

“The dogs were amazingly well trained.  I’ve never seen anything like it,” the 57-year-old actor tells ABC Audio. “You know, actors have marks on set that you walk to so that you’re in focus when you play the scene.  The dogs have marks. Literally the trainers put down these little pads and the dog just literally walks down some stairs along the path and stop right on this tiny two inch wide pad where it’s supposed to stop.  I mean, I found that absolutely fascinating.”

As much fun as he had working with the well-trained pooches, their relationship was strictly business he says, explaining, “They’re so highly trained, the trainers didn’t want everybody, you know, playing with them or interfering with them because obviously they were at work.”

The Shazam! actor, who has a miniature schnauzer named Roxy, says he’s a dog person — albeit a late in life dog person.

“Well, I grew up with cats, but a couple of years ago we got a dog because my sons badgered me into getting one after having resisted for years,” he says. “And now I’m a dog person because obviously they get under your skin and you fall in love with them. And, you know, now I understand.”