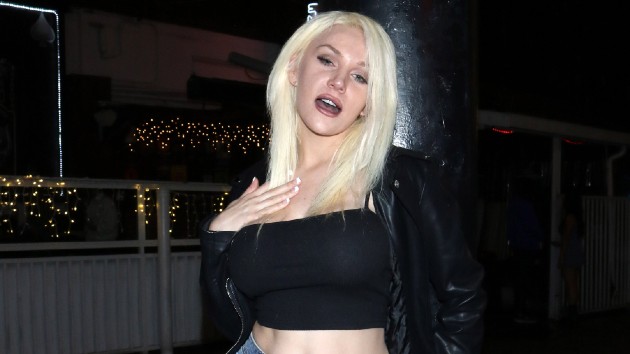 Courtney Stodden has come out as non-binary, telling fans in an open post that they prefer to be referred to as “they/them.”

Stodden, 26, explained on their social media Tuesday that they never felt completely comfortable identifying as female, which caused issues with their ability to make friends.

“They/them/theirs. I don’t Identify as she or her,” wrote the Celebrity Big Brother alum, adding that they spent the majority of their life feeling “like I [never] fit in anywhere.”

“I was bullied horribly in school because I was different. The other girls never understood me. It got so bad that my mom pulled me out of school,” reflected Stodden. “And still, i don’t fit in. I never really connected with anyone my age.”

While encouraging their followers to always treat others with kindness, the reality star closed out their post by expressing, “My spirit is fluid with a kaleidoscope of color.”

Stodden was previously married to Green Mile star Dough Hutchinson, who was 51 when they wed in 2011. The Couples Therapy star, who was an aspiring country music singer at the time, was 16.

The off-and-on again couple remained married for six years before calling it quits one final time in 2016.

Stodden opened up about their divorce in March of last year, writing on Instagram, “I can tell you that it’s for the better” and that they were ” taken advantage of” during the relationship, alleging that Hutchinson “groomed” and “verbally abused” them.

How Courtney B. Vance and Angela Bassett do marriage like rock stars

Backstage at the Golden Globes: Austin Butler on “blacking out,” Michelle Yeoh ditches “the rocking chair,” and more

With ‘The Way of Water’ on fire, James Cameron says he can’t “wiggle out” of making more ‘Avatar’ movies