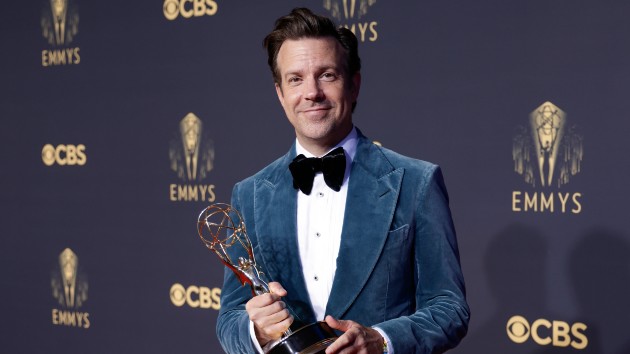 Emmy-winning producer Lorne Michaels was officially mum about it backstage at the awards show, but he strongly hinted that Ted Lasso winner Jason Sudeikis might return as Saturday Night Live’s first host of its upcoming 47th season.

“I’m so happy for Jason,” Michaels said, adding, “He’ll be coming back soon, which is sort of an answer to the [first host of the season] question,” he laughed. “In no particular order.”

Sudeikis left SNL in 2013 after 10 years, and went on to big-screen projects like the Horrible Bosses films and We’re the Millers. That said, he’s returned to the Studio 8H stage a few times, notably playing Joe Biden in 2019 and 2020.

Perhaps lending some weight to the theory that Sudeikis will be the new season’s first — or failing that, the second — host, is that Saturday Night Live returns on Oct. 2, and Ted Lasso’s second season finale streams Oct. 8 on Apple TV+. So the hosting gig would be a nice promotional boost for Sudeikis’ show.