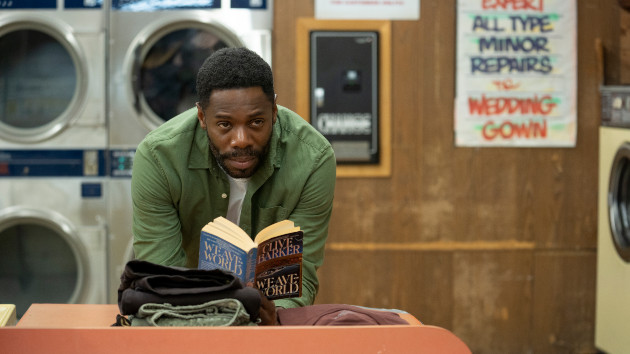 Colman Domingo knew he had to dig deep when he took on the role of William Burke, a resident of Chicago’s Cabrini Green neighborhood, who relays the Candyman legend to the main character in the Nia DaCosta-directed supernatural horror flick Candyman.

Domingo tells ABC Audio that his “complex” character came from a simple conversation with the film’s producer.

“The beautiful thing is that Jordan Peele wrote this role for me,” he says. “I met up with him for like 45 minutes and we just talked about everything under the sun — art, culture, society, Blackness, horror. And he wrote this role for me about this storyteller, this guy who was the keeper of this beast [and] this…generational trauma in this neighborhood.”

Colman says his candid conversation with Peele helped him find an authentic backstory for William, whom he describes as a “complex human being, who possibly had a mental illness.”

“He was also triggered by so much,” Colman explains. “And he felt responsible.”

While the actor calls William an “ordinary brother in the community,” who “most people” walk by and “don’t even see,” Colman notes that William is someone who has “always been there.”

“The examination of these men who are always there and are holding our stories,” he says. “They’re the griots. They also have suffered a lot of emotional, psychological trauma…And they’re living with it.”

Still, Colman believes that the real challenge in portraying the “tricky character” of William was showing his vulnerable side.

“I want to make sure that we still found his heart and soul,” he says. “And even as he went and did some off-the-wall stuff, you still understood that he was human.”