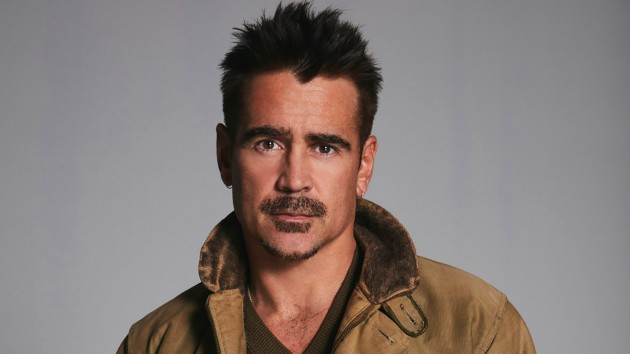 The show is described as a “genre-bending series” created by I Am Legend and Thor writer Mark Protosevich, who is also producing with the actor.

The show is just the latest small-screen project for the True Detective star Farrell, who as reported will also be starring in an HBO Max spin-off of The Batman centering on his Penguin character.

The latter was ordered as a series back in March, shorty after Farrell won raves for a nearly unrecognizable turn as greasy gangster Oswald Cobblepot/Penguin in Matt Reeves‘ hit film The Batman.

Charlie Carver, along with his twin brother, Max, played the character’s bodyguards in the film. Incidentally, he recently recalled to ABC Audio when he first realized that his onscreen boss was Farrell.

“We’re in a huddle with Matt and Zoe [Kravitz] and Jeffrey [Wright] and Rob [Robert Pattinson] and everybody else who is on the scene. And this guy waddles up with a Brooklyn accent and a suit on.”

“And this guy starts talking and then immediately drops into an … Irish brogue, like, ‘Oh, my God, that’s Colin Farrell.’ I did not recognize him at all. But you just had a, you know, immediate sense of like, ‘Well, that’s The Penguin."”