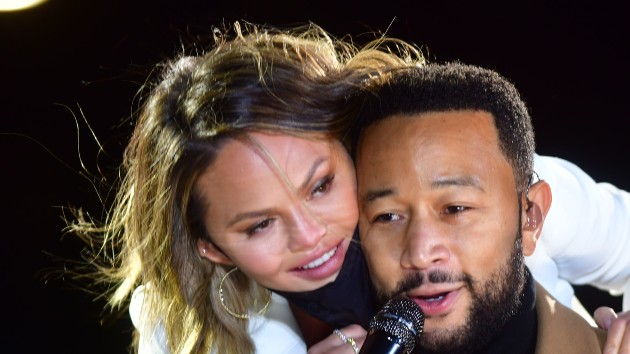 Former social media mainstay Chrissy Teigen hasn’t been active online in the wake of her cyberbullying scandal, but she made an appearance online via her husband John Legend‘s Instagram on Sunday.

“So proud of our little dancer,” Legend captioned a photo of his and Chrissy’s five-year-old daughter, Luna, who’s seen smiling, her mother’s arm draped across her.

Although Teigen apologized in May for her behavior, she’s since lost endorsement deals for her cookware line, and just Friday was removed from an upcoming one-episode role in season two of Netflix’s Never Have I Ever.

The first comment to Legend’s post was from Gwyneth Patrow, who commented, “She’s getting so big!” Fans of Teigen’s also used the picture to implore the star to return to social media. “I MISS HER!” one of Tiegen’s 34.9 million Insta followers wrote.

Other commenters weren’t so easily swayed. “The people writing “WE MISS CHRISSY!”… imagine it was YOUR daughter she told to kill herself, all while preaching that kindness is important,” sniped one.

“She doesn’t need to come back,” the commenter added. “[W]e need less people like this, SPECIFICALLY in the public spotlight.”