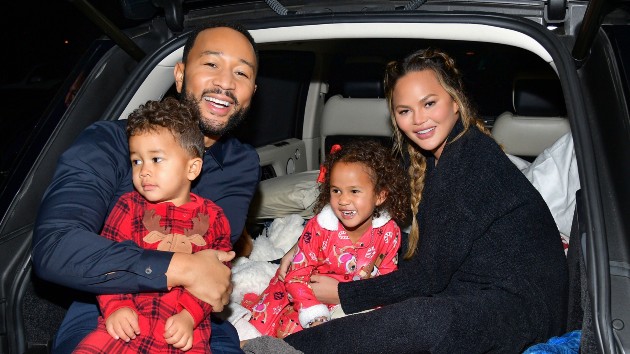 Chrissy Teigen marked the start of National Infertility Awareness Week by opening up about her struggle to start a family.

Teigen, who shares five-year-old Luna and two-year-old Miles with singer John Legend, spoke with Refinery29 Monday about a host of issues, from her October pregnancy loss to leaning on IVF to get pregnant.

The 36-year-old television personality attested, “There’s no one way to [become a parent] and there’s no straight road at all. I’ve seen the highest of highs and the lowest of lows with it.”

The Cravings author revealed she used IFV — specifically an embryo transfer — to became pregnant with her eldest daughter.

“When they inserted her little egg, it just shot across like a little shooting star,” she recalled. “Seeing it, and then praying that it would stick and stay, and sure enough, she did.”

Teigen also touched upon her October pregnancy loss when she lost her unborn son Jack and how her family is healing.

“[John] has a song that, when it comes out, it’s just going to be… I think everyone will know which song I’m talking about when it does come out because it’s so beautiful,” she hinted.

However, Teigen also confessed that, because she lost Jack, she was told she shouldn’t try to get pregnant again, which is complicating her healing journey.

“It’s still hard for me,” said Teigen, saying she goes to therapy twice a week. “I want to try again.”

The former model adds she and John want more kids and may consider using a surrogate, adding, “It’s not the end of my journey at all.”

Overall, Teigen hopes that, by sharing her story, she will inspire others to “be open and honest as they’d like to be. And they’ll get the same from me.”