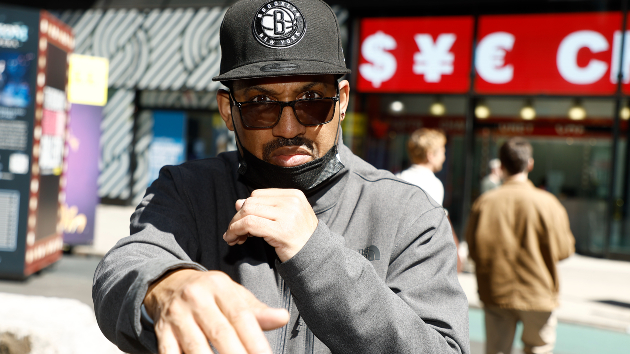 Chris Rock‘s younger brother Kenny Rock recently told TMZ that he signed a deal to participate in a celebrity boxing match and that he’d be willing to meet Will Smith in the ring.

In the video clip, he revealed that the match is set for June 11, and while he hasn’t yet solidified an opponent, he says he’s looking to be the one to fight Smith, not his brother.

“I’ll let the hands do the talking,” he said, when asked if he had a message for Smith. He was then asked if, despite the height difference between him and Smith, he thinks he can take Will down. “No if, ands or buts about it,” he responded.

Rock also spoke about Smith’s 10-year ban from the Academy, the consequences of the King Richard actor walking on stage at the 2022 Oscars and slapping Chris Rock in the face. Kenny said, “We have to see if he’s actually going to get the 10-year ban. They might say a 10-year ban and after three years they’ll think we may have forgot about it.”

Rock previously spoke about the incident in an interview with the Los Angeles Times. He said that it bothers him to re-live the moment. “It eats at me watching it over and over again because you’ve seen a loved one being attacked and there’s nothing you can do about it,” he maintained.