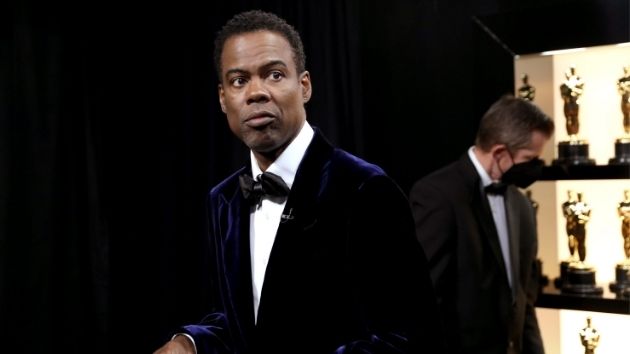 Chris Rock kicked off a six-show set Wednesday at Boston’s Wilbur Theatre, his first performances since Will Smith walked onto the stage and slapped him at Sunday’s Oscars ceremony over a joke about Smith’s wife, Jada Pinkett Smith‘s, hair.

The line outside of the Wilbur Theatre stretched for blocks, a sight the check-in attendant, who has worked there for years, tells ABC News he’s never seen.

The 57-year-old comedian got a two-minute standing ovation when he took the stage. When the cheers subsided he quipped, “What’s up, Boston?” followed by “How was your weekend?” which drew laughs from the crowd.

Visibly moved, Rock told the audience, “Y’all are getting me all misty-eyed and s***.”

That brought the audience back to their feet, after which Rock said, “I don’t have a bunch of s*** about what happened. I had like a whole show I wrote before this weekend. I’m kinda processing what happened. So at some point, I’ll talk about that s***.”

He then launched into his routine, starting off with jokes about the COVID-19 pandemic, noting sarcastically that people only die twice a year from it. “It isn’t deadly enough,” Rock joked.

There was also an altercation reported at the venue during Rock’s performance, involving an unidentified male heckler who was asked to calm down by a female venue employee, and who then reportedly made physical contact with her. The man was escorted out of the venue by security and police were called.