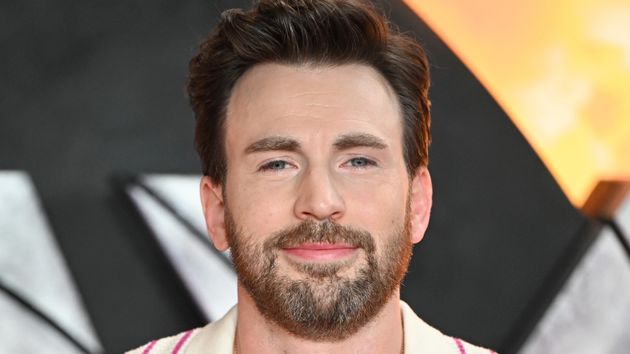 In the clip, Johnson seems perplexed by the idea that he had to give up the title after his year, stating “I never gave the title up… I’m sexiest man alive in perpetuity.”

After agreeing that Johnson is both still alive and sexy, the two agree to share the title. Prompted to then “say something sexy,” Evans says, “Go vote tomorrow.”

In an interview with People, the 41-year-old actor joked that the title “is tough to be interviewed about.”

“It feels like a weird form of humble bragging,” he said.

However, one person that will be excited to boast about Evans’ new title is his mother Lisa.

“My mom will be so happy,” he shared. “She’s proud of everything I do, but this is something she can really brag about.”

When it comes to the Boston native’s friends, though, he’s prepping for some kindhearted teasing, telling the magazine, “Really this will just be a point of bullying. It’s ripe for harassment.”

Nonetheless, Evans is sure this moment is one that he’ll look back on warmly.

“It’s something that as I become old and saggy I can look back on and say ‘I remember then…’ ” he said. “I’m lucky to be in the discussion in any capacity.”

In Brief: Chris Rock going live for Netflix, and more