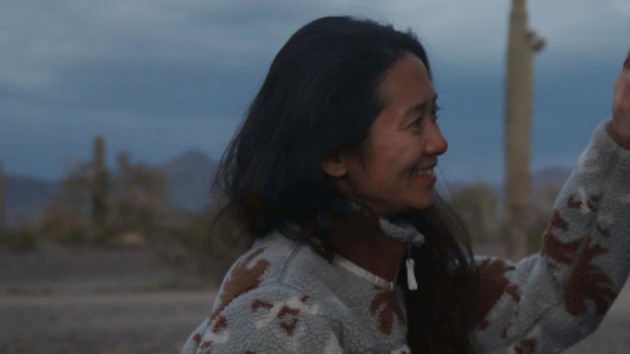 (LOS ANGELES) — The Chinese government has warned its media outlets to “stagger” and censor the April 25 Academy Awards telecast, after both Nomadland director Chloe Zhao and an anti-Chinese government documentary earned nominations.

According to Bloomberg, the government dictated that Chinese networks not run the telecast live, and to be ready to excise moments related to Zhao and the documentary Do Not Split.

Zhao, who’s Chinese and the first Asian filmmaker to be nominated for Best Director, apparently made comments critical of the country.

Short-form documentary nominee Do Not Split deals with the anti-government protests that brought millions to the streets of Hong Kong before the COVID-19 pandemic.

Bloomberg points out that while Zhao was born in Beijing but grew up in both London and the U.S., her father was a top executive at a Chinese state-owned company, and her mother is a famous comic actress there. In a 2013 interview, which has since been edited to remove the comment, Zhao called her native country “a place where there are lies everywhere.”

While Zhao’s Nomadland triumphs at the Golden Globes were initially touted on Chinese social media outlets like Weibo and elsewhere, when the interview was found by internet sleuths, hashtag bans on her name and Nomadland began.  The film, which stars Oscar nominee Frances McDormand, was supposed to be released on April 23 in China, but The Guardian and other outlets reported all references to the film — and to Zhao, who had been dubbed “the pride of China — have vanished there.

What remains to be seen is what will be the fate of the Zhao-directed Marvel Studios’ pandemic-delayed, unreleased film The Eternals in the lucrative Chinese movie market.

Jeremy Renner was run over by his own snowplow, officials reveal; Renner posts Instagram update