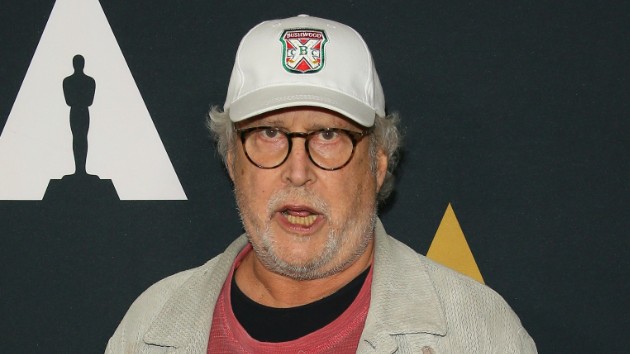 (NEW YORK) — (NOTE LANGUAGE) After spending five weeks at the hospital for a “heart issue,” actor Chevy Chase is recuperating at home.

The National Lampoon’s Vacation star confirmed to Page Six on Monday that he is back home at his residence in Westchester, New York.

“These are my first few days home. I can only say how happy I am to now be back with my family. I’m feeling good,” Chase, 77, explained. “I was in the hospital five weeks. A heart issue.”

The Emmy Award-winning comedian added that he will be staying put for awhile and will be spending all his time “around the house” and “not going anywhere.”

Says Chase, he doesn’t want to tangle with the ongoing pandemic.

“I used to go out and do anything. I’d do slapstick in front of 3,000 people. But at this moment I have no need to go out and meet COVID,” the Caddyshack star expressed before confessing that he is not exactly happy to be confined to his house.

“I read. Turn on TV. Watch the news. All drek,” said Chase, who gave a blunt review of the current state of entertainment and comedy.

“I see actors, comedians, producers, screenwriters working and, God bless them, but I don’t see anything great on television,” he lamented. ” It all became a generation of [morons] laughing at the world.”

Adds the Golden Globe nominee, “The humor today’s giving the next generation worse stuff than they already have in their own lives. It drives me nuts.”

While Chase did not go into detail about his heart condition, this isn’t the first time the comedian had a medical emergency.

While filming Modern Problems in 1981, he was electrocuted when the lights attached to his body for a dream sequence short-circuited.