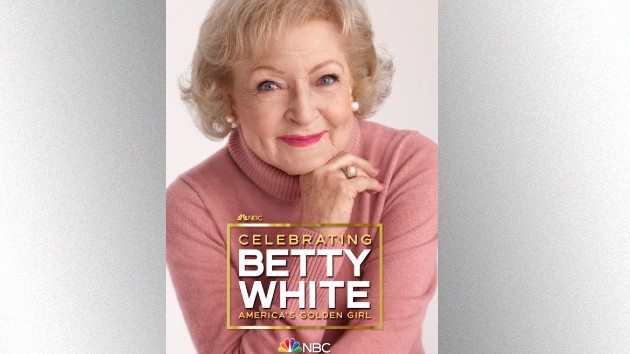 When Betty White died on December 31, just weeks shy of her 100th birthday, Cher was one of the celebrities who took to social media to mourn her loss. Now she’ll be joining many other stars in helping to celebrate the award-winning TV icon in a new NBC special.

NBC notes, “Co-stars, friends, admirers and those who shared special moments with White recount their favorite memories and reveal untold stories to commemorate the life and legacy of the trailblazing television star. The telecast will include clips and never-before-seen footage that best capture White’s irreverent tone, spirit and impeccable comedic timing that are a hallmark of her decades-long career.”

When White died, Cher tweeted, “I Watched Her on her first TV Show Life With Elizabeth When I Was 7 Yrs Old. When She Did [the] Sonny & Cher [show], I Got a Chance To Tell Her. I Was Embarrassed cause tears came to my eyes. She put her arms around me, & I Felt 7 again.

“Some Ppl Are Called ICONS, BETTY IS A TRUE ICON,” Cher continued. She also posted a GIF of Betty shimmying, and wrote, “BELOVED ICON…YOU WILL NEVER BE FORGOTTEN.”

Incidentally, back on January 21, Cher apparently spilled the beans about the just-announced NBC special  by tweeting, “I’m So Relieved & Happy That there Will Be A Program Where We Will Talk About Betty. My one fear is…. I may cry.”