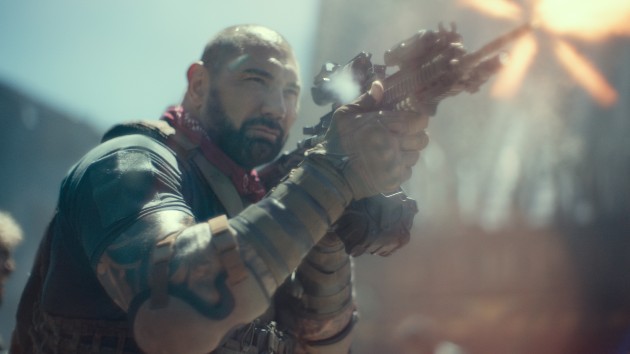 Dave Bautista in "Army of the Dead" - Netflix

Netflix has unveiled its preview for this summer’s films, and they range from Zack Snyder‘s zombies in Vegas movie Army of the Dead to Kevin Hart‘s comedy, Fatherhood, to a documentary on beloved PBS landscape painter Bob Ross.

Hart and some of the other stars of the projects are shown checking out the footage. “Oh, this is one of those sizzle reels! I’m gonna need some snacks for this,” Hart quips.

Also on hand are Jean Claude Van Damme, who stars in the upcoming action pic The Last Mercenary, plus Addison Rae and Tanner Buchanan from the gender-swapped remake He’s All That, and Joel Courtney and Joey King from The Kissing Booth 3.

The streaming service will release some 30 films from April to August. Here’s the schedule of upcoming release dates: