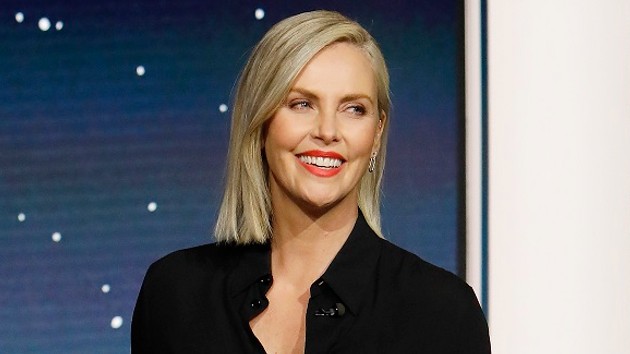 (SPOILERS) Charlize Theron is giving fans a glimpse of her MCU character.

Taking to Instagram Tuesday, the actress shared two photos — a close-up headshot showcasing the deep purple eyeshadow around her eyes and her long, straight, ash blonde hair, and another of her standing in a full purple costume alongside Benedict Cumberbatch‘s Dr. Strange.

Theron’s character appears in a post-credits scene of Marvel’s Doctor Strange in the Multiverse of Madness, where she recruits the sorcerer to help with a Multiversal emergency.

Created by Stan Lee and Steve Ditko, Theron’s character first appeared in the Doctor Strange comic Strange Tales #126, back in 1964.

According to Marvel lore, the sorceress is the niece of Dormammu, the planet-faced baddie Benedict Cumberbatch‘s Strange banished and prevented from conquering the world at the end of 2016’s Doctor Strange. Clea becomes a love interest, and eventually Strange’s wife in the books.