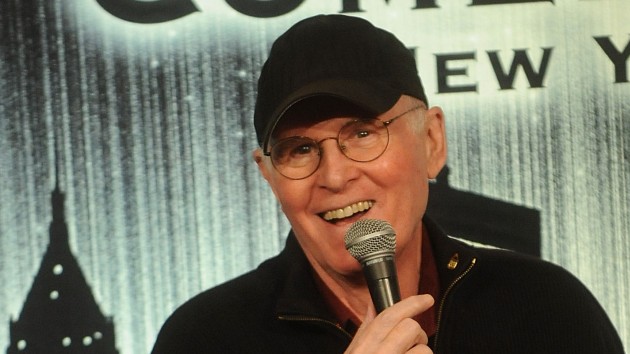 Stage and screen actor and former talk show host Charles Grodin has died, ABC News has confirmed. The performer, famous for his dry, deadpan delivery, starred in films including Heaven Can Wait opposite Warren Beatty, Midnight Run opposite Robert De Niro and a large dog in the Beethoven films. He was 86.

The author, Emmy winner and Golden Globe-nominee died peacefully at his Connecticut home from bone marrow cancer, according to a statement from his reps.  They memorialized him as an actor who “brought a piercing, undeniable sincerity to his serious roles, and a sandpaper dry, deader-than-dead deadpan to his lighter ones.”

Grodin got his start on the stage, on Broadway in 1962’s Tchin-Tchin, but big-screen projects soon followed. After famously passing on 1968’s The Graduate — which subsequently turned then-unknown New York City actor Dustin Hoffman into a star — he played a doctor in Roman Polanski‘s twisted thriller Rosemary’s Baby.

After a supporting role in Catch-22, Grodin landed his breakout role in 1972’s The Heartbreak Kid, as a self-absorbed guy who falls in love with another woman — played by Cybill Shepherd — while on his honeymoon.

Grodin played a scheming lawyer in 1978’s Heaven Can Wait, tapping into his comedic abilities, which were often pressed into service as a popular guest on talk shows. He was once banned from Johnny Carson‘s Tonight Show for poking fun at Carson, and his famously icy performances on Late Night with David Letterman were legendary.

In 1988, Grodin memorably starred in the comedy Midnight Run, in which he played an incredibly annoying accountant who steals from the Mafia. When he skips bail, De Niro’s bail bondsman is hired to track him down, leading to a comedic cross-country trek.

Grodin had a CNBC talk show from 1995-1998, in which he interviewed guests and commented on the news of the day. He also was the author of plays and books, and won an Emmy for co-writing a 1977 Paul Simon TV special.

He’s survived by his wife of 38 years, author Elissa Durwood Grodin, their son Nicholas, daughter-in-law Aubrey and granddaughter Geneva, and a daughter by a previous marriage, Marion.