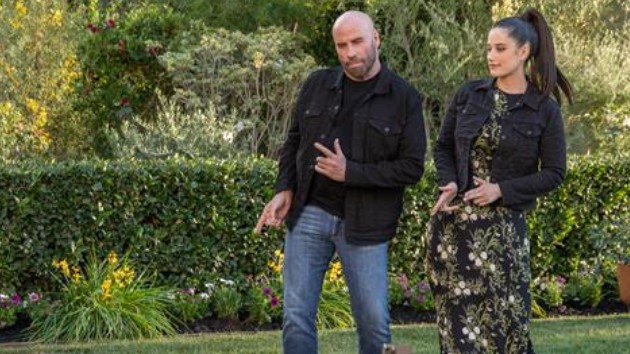 (TAMPA BAY) — The Super Bowl ended with Tom Brady adding his seventh championship ring to his impressive collection after he took the Tampa Bay Buccaneers to a 31-7 victory over the Kansas City Chiefs.

However, some commercials scored big with the audience — and if it wasn’t part of the parade of infinite celebrity cameos, it was the teaser trailers.

Here’s a look at some of the most talked about ads that debuted during Sunday’s Super Bowl.

Disney uploaded another sneak peek of their upcoming animated fantasy adventure Raya and the Last Dragon, which stars Awkwafina and Kelly Marie Tran, which partially answered why the world is so broken. In addition, the trailer also showed more about Awkwafina’s… well… awkward dragon character, who wasn’t so sure about swinging across a large fissure on Raya’s back.  The movie is due out March 5.  Disney is the parent company of ABC News.

Disney unveiled the first look of its upcoming series The Falcon and the Winter Soldier, which tells the story of the two heroes adjusting after Captain America permanently hangs up his shield.  The series, starring Anthony Mackie as Sam (AKA Falcon) and Sebastian Stan as Bucky (AKA Winter Soldier,) also gives the audience a glimpse of their team dynamic — or lack thereof — as they fight their way through a barrage of bad guys.  The series is set to premiere on Disney+ on March 19.  Marvel is owned by Disney, the parent company of ABC News.

After having its release bumped because of COVID-19, the  audience enjoyed a sneak peek of the highly anticipated F9: The Fast Saga and showed off even more high-octane chases, death-defying stunts and some pretty spectacular special effects. Although the snippet doesn’t reveal a release date, the movie is said to hit theaters “soon.”

Fans earned a sneak-peek of M. Night Shyamalan’s horror flick Old, which tells the story of a beach with magical properties that age people — sometimes dramatically.  Children turn into adults, a woman’s early pregnancy jumps into the third trimester and adults threaten to age out of existence.  The movie is due out in July.

Coming to theaters on April 2 is Nobody, which tells the story of a family man (Bob Odenkirk) who harbors a dark secret.  After he finds himself in the crosshairs of a powerful drug lord, he makes them wish they never learned the name Hutch Mansell.

Coming to the streamer Paramount+ is the Yellowstone spinoff, Y:1883.  The series released its first teaser during the Big Game, which serves as the Dutton family’s origin story.  The series is set to premiere later this year.

M&M’s tapped Schitt’s Creek star Dan Levy for their commercial, which shows people offering bags of the chocolate coated candy as a form of apology for doing something annoying, like taking too long at confession or “mansplaining.”  However, when it comes to Levy, he offers a bag of apology to the Yellow and Brown M&M’s for “eating your friends.”  The commercial ends with Red locked in Levy’s car, with the actor admitting he intends to eat him, too.

Dolly Parton updated her classic workplace anthem, “9 to 5,” in honor of those who get home from their day jobs just to spend their evenings working on their side hustle. The new song, “5 to 9,” is part of an ad campaign for website creation and hosting company Squarespace.  The commercial featured the lyrics, “Working 5 to 9, you’ve got passion and a vision / ‘Cause it’s hustlin’ time, whole new way to make a livin / Gonna change you life, do something that gives it meaning / With a website that is worthy of your dreaming.”

Michael B. Jordan played a super-sexy Alexa for Amazon’s new Super Bowl commercial.  The hilarious commercial takes place at Amazon’s headquarters, where several employees are admiring the new sphere-like Amazon Echo before a female employee thinks of the one way they could perfect the Echo’s vessel — if it was s built into this year’s People’s Sexiest Man Alive.

Gwen Stefani,  Adam Levine and Blake Shelton told an alternate story as to how Gwen and Blake became an item — teaming with T-Mobile to explain how a bad cell connection can lead to a misunderstanding from Adam, which leads to a disastrous blind date.

Mila Kunis and Ashton Kutcher teamed with Shaggy to bring his 2000 hit “It Wasn’t Me” to life for a Cheetos commercial.  Mila was caught orange-handed stealing her husband’s beloved snack, who sings the reggae hit before Shaggy takes over with the updated lyrics.  Meanwhile, Mila — whose face and fingers are covered in orange dust — continually says, “Wasn’t me” when asked repeatedly if she stole the Cheetos.

Tracy Morgan teamed with Dave Bautista and Liza Koshy for a Rocket Mortgage commercial, where the three showed why “pretty sure” sometimes doesn’t cut it — like if parachutes work or if murder hornets deliver a killing sting.

Matthew McConaughey, Mindy Kaling and Jimmy Kimmel teamed up to usher in the grand return of Doritos 3D snacks.  Set to Queen’s “I Want to Break Free,” a two-dimensional McConaughey hilariously tries to get back to his old self.  His current form is very prone to being blown away by a small breeze or sucked up by a Roomba.

Amy Schumer needed more mayo in a commercial for Hellmann’s, where she just buys an obscene amount of the condiment before bagging them in her special Hellmann’s bag.

Timothée Chalamet and Winona Ryder teamed for a Cadillac commercial that offered up a potential continuation of Tim Burton’s Edward Scissorhands — by literally asking what happened if the two had a son, named Edgar.

Mike Myers and Dana Carvey reprised their respective roles as Wayne and Garth in a Wayne’s World spot for Uber Eats, which also featured Cardi B while DoorDash tapped Hamilton and Snowpiercer star Daveed Diggs along with The Muppets to show off how much easier the apps can make life.

Don Cheadle stumped for Michelob ULTRA to advertise their new organic seltzer brand by hosting a challenge over who can spot the celebrity and who is a lookalike — spoiler, Cheadle is the only celebrity to star in the commercial rife with very convincing doppelgängers.

Will Ferrell explained how much he hated Norway in an ad for General Motors, which also starred Kenan Thompson and Awkwafina in a race to lay the smackdown on the green-energy country.  The issue is everyone travels to a country that ISN’T Norway, like Finland or Sweden.

Budweiser tapped stars from commercial past, such as Post Malone, Cedric the Entertainer and the Bud Light Knight to clean up a major Bud Light spill on the freeway.

Nick Jonas aged himself up for Dexcom’s Super Bowl commercial.  The commercial advertises a new technology that allows diabetics like Nick to check their blood sugar levels without having to prick their fingers and test their blood.

Nine Inch Nails’ Atticus Ross also starred in an uplifting Anheuser-Busch commercial, which celebrated “life’s most meaningful moments” that happen over a beer.

Serena Williams teamed for Michelob ULTRA for their commercial about having a “happy” Super Bowl.  The ad explores what comes after the big win and why joy should be the whole game.

The Internet has awarded Huggies for their innovative Big Game commercial because the company opted to go-real time and share images of babies born on February 7, 2021.  The commercial was their welcome into the world.

As for the funniest, Samuel Adams managed to give the Internet a good “tee hee” by parodying the Budweiser Clydesdales — who were noticeably absent from this year’s commercial roundup — to which the commercial explains how “Your Cousin from Boston” accidentally turned them loose.

“Can this honestly get any better?”: Selena Gomez reveals Meryl Streep has joined ‘Only Murders in the Building’

‘Avatar: The Way of Water’ three-peats at #1 with $86 million New Year’s weekend haul