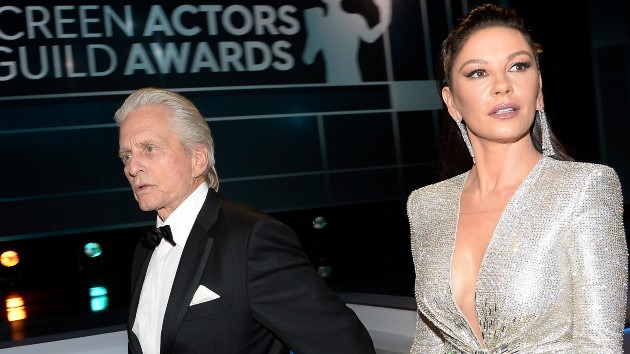 (LOS ANGELES) — Catherine Zeta-Jones and Michael Douglas recently celebrated their 20th wedding anniversary and, in a new interview, the actress revealed the secret behind her long-lasting marriage.

Speaking to Wall Street Journal, Zeta-Jones said the number one ingredient to any marriage is laughter.

“First of all, we have a lot of fun together,” the 51-year-old Welsh actress divulged. “We’ve never, ever lost our sense of humor, and we enjoy each other’s company.”

Beyond the two having “constant is love and respect” for one another, added Zeta-Jones, “My husband is 25 years older than me; that’s not a secret. With any relationship, it wouldn’t be normal if there weren’t any ups and downs.”

The Oceans Twelve star admitted she and Douglas don’t have a traditional marriage, explaining, “My husband and I spend a lot of time together because, unlike so many couples, we’ve never had a 9-to-5 job where it’s consistent. We’re either on or we’re off. I’m really working 16 hours a day, or I’m not. He’s doing the same, or not. So we’ve had in our relationship huge amounts of time where we’ve been just us.”

Despite their work schedules, Zeta-Jones says what truly fuels their relationship is the fact that “we respect each other’s space, and our humor is just long-lasting.”