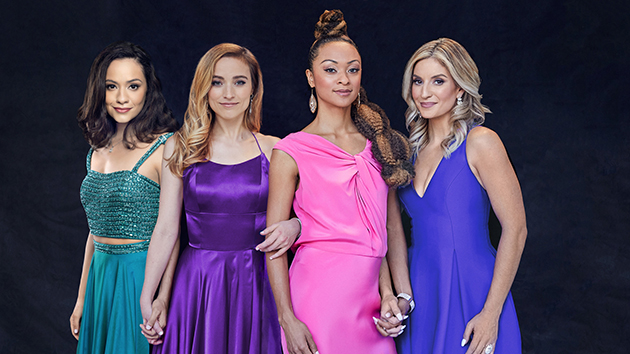 The nationwide Disney Princess – The Concert is underway, which features Broadway actresses who embodied the beloved princesses on the Great White Way.

“This is an opportunity for all of you who love the movies and the music from movies to come in and celebrate,” Syndee Winters, who played Nala in Broadway’s The Lion King, told ABC Audio. “We have a 40-foot LED screen that projects all of the animation from the films. This is a combination between a Disney show, a Broadway show and a pop concert.”

The cast shares stories about their Broadway experiences while singing more than 30 favorite Disney songs.

“The audience gets to shout back to us, sing along with us, give us feedback. We laugh, we make jokes. It’s super fun, and it’s an opportunity for the audience to relive their VHS glory days,” Winters added.

Sarah Uriarte Berry, Beauty and the Beast’s Belle, noted the show “hit[s] you on so many other levels.”

While the concert is perfect for all ages, the cast revealed it’s the adults who bring the energy and make them feel like they’re the Spice Girls.

Said Isabelle McCalla, Jasmine in Broadway’s Aladdin, “We are these rock stars for them because we just happen to be the vehicles for these songs that are so much bigger than all of us. And it just feels truly magical.”

“My favorite is when we just hint to what Disney princess is next and you hear this eruption from the crowd,” added Christy Altomare, who played Anya in Anastasia.

Altomare also encourages everyone who plans on seeing the show to “wear your best royal attire no matter what!”