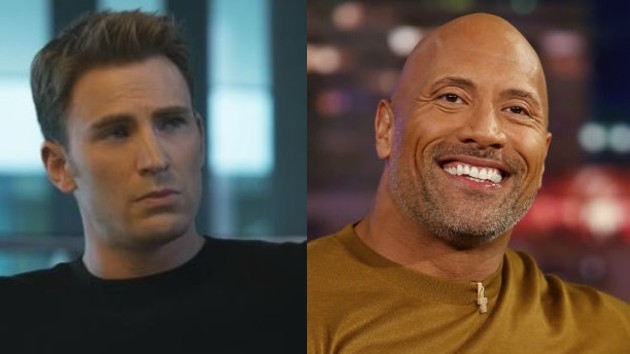 Chris Evans is joining forces with Dwayne “The Rock” Johnson for the latter’s big holiday movie Red One.

Marvel Studios’ Captain America has signed on to join the DC Universe’s Black Adam for the hush-hush Amazon Studios project, which was previously touted to Deadline by producer Hiram Garcia as, “Hobbs [& Shaw]-meets Miracle on 34th Street.”

Garcia, who is credited with coming up with the story, is Johnson’s producing partner at their successful Seven Bucks production company.

The trade reports Red One is slated to get underway later this year, reuniting Johnson with Jake Kasdan, the director of The Rock’s hit Jumanji movies.