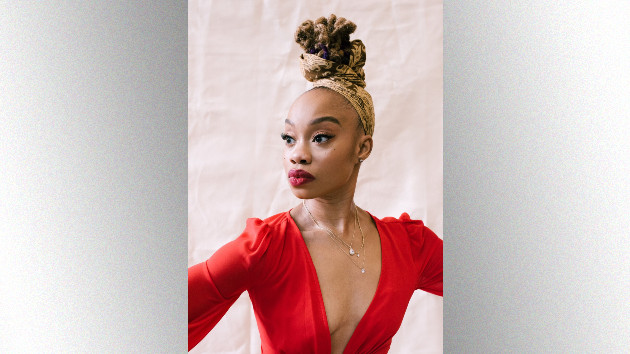 Camille A. Brown will make her directorial debut on Broadway with the upcoming Broadway production of Ntozake Shange’s For Colored Girls Who Have Considered Suicide / When the Rainbow Is Enuf.

Brown, who previously served as the choreographer on the 2019 production of the off-Broadway play, will also continue in her role as choreographer on Broadway. This makes her the first Black woman to serve as both director and choreographer on a Broadway production in more than 65 years. Brown, who is founder and artistic director of the award-winning dance company Camille A. Brown and Dancers, said in a statement that she’s looking “forward to diving into the divine Ntozake Shange’s choreopoem and celebrating her legacy.” For Colored Girls Who Have Considered Suicide / When the Rainbow Is Enuf will come to Broadway sometime in 2022.

In other news, a trailer for Spike Lee‘s new documentary series, NYC Epicenters 9/11 → 2021½, has been released. The four-part doc follows NYC’s evolution through 9/11, the COVID-19 pandemic and the Black Lives Matter protests. It features first-hand accounts from residents, including first responders, politicians, celebrities, journalists, and even members of Lee’s own family. NYC Epicenters 9/11 → 2021½ premieres on HBO and HBO Max on August 22.

Finally, the highly anticipated episode of Marvel’s What If…, featuring the final performance of the late Chadwick Boseman as King T’Challa, will launch on Disney+ this Wednesday, August 18th. As previously reported, the animated series reimagines famous events from films in the MCU, creating a multiverse of infinite possibilities. In the forthcoming Boseman episode, T’Challa/Black Panther will swap places with Chris Pratt‘s Star-Lord, and learn about his past from Michael Rooker‘s Ravager leader, Yondu. Marvel is owned by Disney, parent company of ABC News.