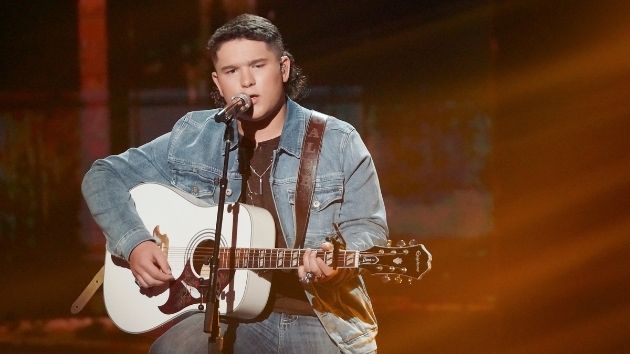 American Idol contestant Caleb Kennedy took to his Instagram page on Wednesday to address an old Snapchat video in which he’s seated next to someone wearing what appears to be a Ku Klux Klan hood.

“Hey y’all, this is gonna be a bit of a surprise, but I am no longer gonna be on American Idol. There was a video that surfaced on the internet and it displayed actions that were not meant to be taken in that way,” the 16-year-old country singer wrote.

“I was younger and did not think about the actions, but that’s not an excuse,” he continued.  “I wanna say sorry to all my fans and everyone who I have let down. I’ll be taking a little time off social media to better myself, but saying that, I know this has hurt and disappointed a lot of people and made people lose respect for me.  I’m so sorry!”

“I pray that I can one day regain your trust in who I am and have your respect! Thank you for supporting me,” the Roebuck, South Carolina native concluded.

Kennedy’s family tells South Carolina’s Herald-Journal that the video was recorded when he was 12-years-old.

The three-second video was met with controversy on social media from fans of the show, however, Kennedy’s mother, Anita Guy, insists the perception is not the meaning behind the short clip.

The video was taken during the time when The Strangers: Prey at Night and V for Vendetta were popular, Guy tells the newspaper, adding she and Caleb enjoyed both of these movies and even dressed up as the main character in V for Vendetta for Halloween when he was in the 7th grade.