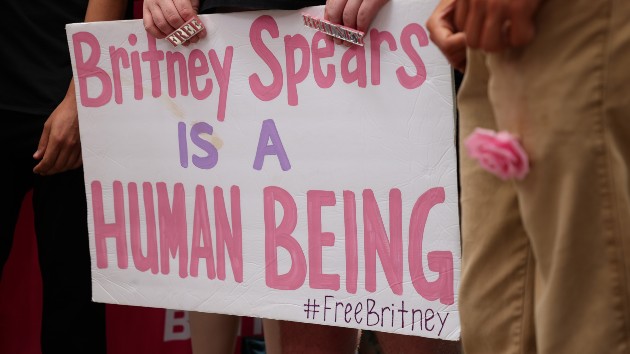 For the first time, Britney Spears has spoken about her conservatorship in open court, and what she said was a doozy: She’s asking L.A. County Superior Court Judge Brenda Penny to end the conservatorship without a psychiatric evaluation.

When the hearing got underway, a lawyer for Jodi Montgomery, who oversees the personal side of Britney’s conservatorship, asked that any medical details or things that would infringe upon Britney’s privacy or that of her children remain sealed.  But Britney interrupted and insisted everything should be public.

“They’ve done a good job at exploiting my life,” Britney said. “So I feel like it should be an open court hearing and they should listen to what I have to say.”

She then read from a prepared statement, seemingly unloading years of anger and resentment.

“A lot has happened since two years ago, the last time I was in court,” she began. “I don’t think I was heard on any level when I came to court last time.”  She then detailed things that she was forced to do, such as go on tour and change her medication.  “Not only did my family not do a g**damn thing, my dad was all for it,” she said.

In her long list of grievances against her family — who she said she would like to sue — Britney also said that she’d like to “progressively move forward” and “get married and have a baby.”  However, she claims she was told that while in conservatorship, she can’t do either.

She also revealed that she’d like to remove her IUD but, “They don’t want me to have any more children.”

“Basically, this conservatorship is doing me way more harm than good,” she noted. “I deserve to have a life.”