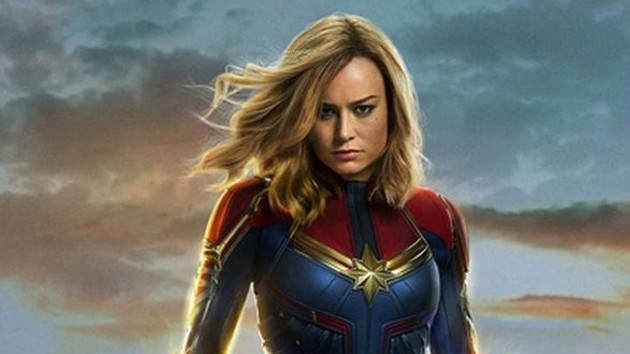 Brie Larson has been showing off her rigorous training sessions as she prepares to get back into superhero shape for the sequel The Marvels, so who can blame her for showing off her #gains?

The Oscar-winning Captain Marvel actress posted to social media two shots of her in workout gear, laughing as she rocks a rock-hard six pack. “Felt cute might delete later,” she captioned the photos, her note copying a popular online trope. “[O]r maybe I’d regret that,” she added with a winky emoji.

Brie also tossed in a nod to her podcast Learning Lots, on which Melissa McCarthy recently appeared. “I learned so much from the comic genius @melissamccarthy on regrets for @learninglotspodcast,” Brie said, before asking her fans, “Ya’ll got any regrets?”

Shooting of The Marvels gets underway in November, and the Marvel Studios film is slated to hit theaters on November 11, 2022.

Did Brie Larson drop a major ‘Star Wars’ hint by showing off her “space buns”?