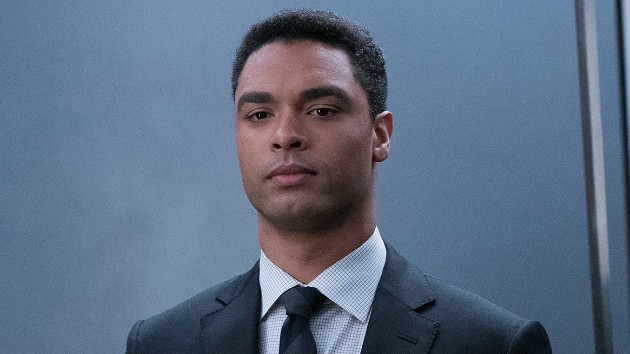 Rege-Jean Page is walking in 007’s footsteps.  No, the Bridgerton star hasn’t been cast as James Bond — yet — but he’s taking the lead role in The Saint, an adaptation of a 1960s U.K. spy series that once was a Bond-precursor for the late Roger Moore.

The Hollywood Reporter says Page will co-produce and star as Simon Templar, a suave, wealthy man who moonlights as a master of disguise and expert thief who, in true Robin Hood fashion, usually steals from the wealthy to the benefit of the poor.

Moore’s role in the 1960s series led to him play James Bond on the big screen in seven films, succeeding Sean Connery and George Lazenby before him.

The Simon Templar character was created by author and screenwriter Leslie Charteris, and was featured in a series of books, radio shows and films over the years.

Most recently, Val Kilmer played Templar in the big-screen version of The Saint in 1997.