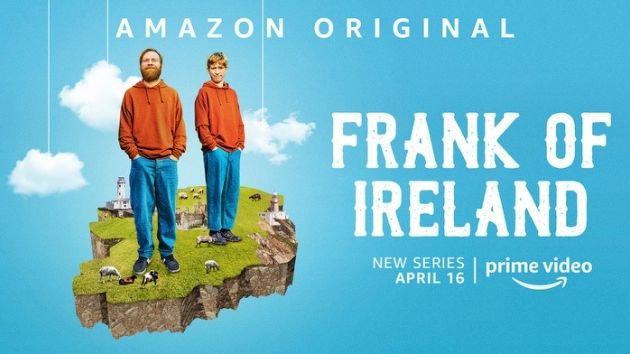 A new offering in the world of Irish comedy is out today on Amazon Prime Video.  Frank of Ireland, starring brothers Brian and Domhnall Gleeson, tells the story of a newly single 32-year-old man named Frank who doesn’t appear cut out for adulthood.

The problem is, Frank has the mentality of a 13-year-old — and his journey to becoming a competent adult is complicated by his best friend, Doofus, who is even more child-like.

Frank of Ireland is one of several recent comedies from Irish creators — Sharon Horgan’s Catastrophe, Aisling Bea’s This Way Up and Netflix’s Derry Girls just to name a few — and Brian (pr: bree-ANNE) talked to ABC Audio about whether or not he thinks there’s an Irish comedic sensibility.

“I think there’s something about the extremes of emotion and I don’t want to say Irish people are more emotional, whatever, but it’s not kind of reserved or detached, which some English comedy can be,” he explained.

Domhnall also notes that a good portion of their sense of humor was influenced by the late Leslie Nielsen — which explains why the series does fall back on puns once and awhile.

Besides honoring Nielsen, the brothers add their new series is a love letter to the other comedies they grew up watching — citing sitcoms like Father Ted and The Office (the British version) for shaping their sense of humors.

“I think it made us really happy [to watch them,]” adds Domhnall, who plays Doofus.  “I’m sure if something really makes you happy, I think oftentimes you want to do that for somebody else.”