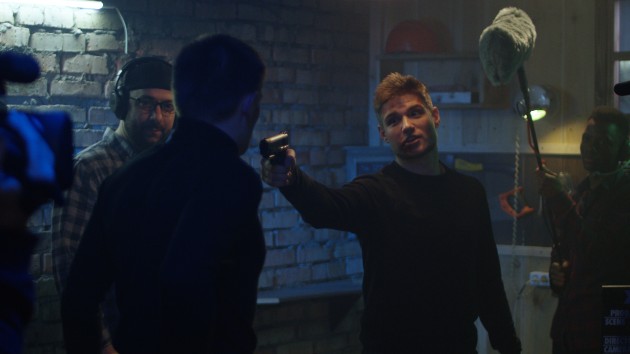 Shannon Lee, the sister of actor Brandon Lee, who was killed in 1993 by a revolver being used as a prop when filming The Crow, is rallying for increased gun safety measures on movie sets.

Shannon made her concerns known while attending Los Angeles’ Asian World Film Festival on Monday, where she spoke to France 24 about what she feels Hollywood needs to do in the wake of cinematographer Halyna Hutchins‘ death. Hutchins was killed last month on the Rust movie set when actor Alec Baldwin fired a gun that was apparently loaded with live ammunition.

Lee, who is the daughter of martial artist Bruce Lee and was at the ceremony to present an honor in her father’s name, believes gun safety should extend beyond the movie’s crew and involve the cast, as well.

“I think that mandatory gun safety training [should be required] for the actor so that they can check the guns themselves and know how to use them appropriately,” Lee said, “and so that they can keep others safe.”

“It shouldn’t happen again,” the 52-year-old remarked, calling the current standards “frustrating.”  She believes protocols should have changed when her 28-year-old brother was killed nearly 30 years ago.

Actor Michael Massee accidentally shot Brandon Lee when filming The Crow, believing the revolver he fired was loaded with blanks.  Similarly, Alec Baldwin believed he had been handed a “cold” gun, meaning one that’s unloaded.

Le says she never spoke to Massee, who died in 2016, but said she did feel sorry for him.

“I felt really sorry, because it is a horrible thing to cause someone else to die. And I also feel sorry for Alec Baldwin,” she remarked. “It’s really tough what he’s going through, he has to take care of himself.”