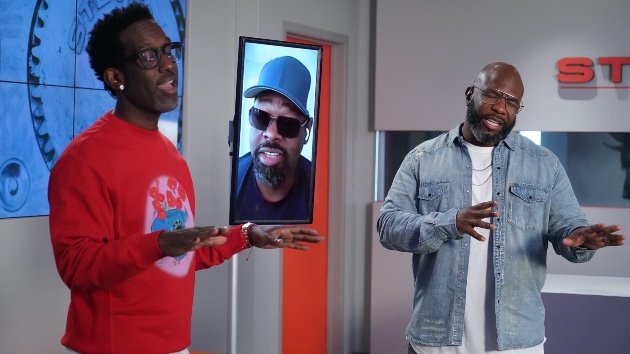 Group member Shawn Stockman gives ABC Audio a glimpse into the seventh season finale episode, where himself, Wanya Morris, and via video chat, Nathan Morris, attend a meeting with Anthony Anderson‘s character, Dre, and others at the Stevens & Lido office.

“We are there at Anthony Anderson’s character’s advertising firm. I can’t say too much of everything else because it will give it away, but we’re guests ready to hear some pitches that Boyz II Men can be involved in for a commercial,” Stockman says.

Last week it was announced that black-ish would be returning for an eighth and final season. Stockman believes the critically-acclaimed series from Kenya Barris has resonated with many for tackling difficult topics people often hesitate to discuss.

“It tackles real-life issues that people struggle with, go through, laugh at [and] cry to, today, which makes it relevant and makes it a very just conscious, yet funny show,” Stockman says. “Because they’re not afraid to talk about the things that make people uncomfortable.”