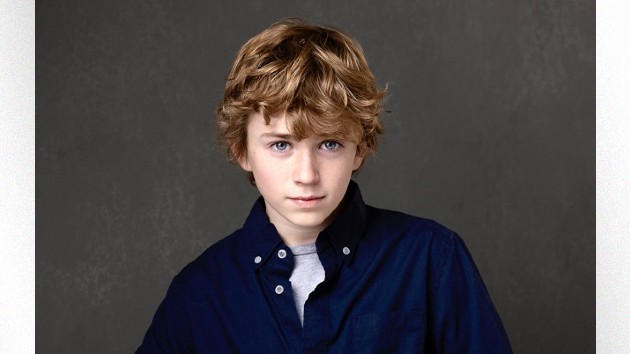 Disney+ has found its Percy Jackson.

Walker Scobell, the 13-year-old whose movie debut was playing a young Ryan Reynolds in Netflix’s recent hit The Adam Project, will play the title role in the Disney+ show based on Rick Riordan‘s bestselling books.

The series follows the titular hero, a 12-year-old who finds out he’s actually the son of Greek god Poseidon. Accused of stealing a lightning bolt from Zeus himself, Percy goes on a quest to recover it.

In January, ABC Audio reported the book series would be coming to Disney+.

The wait is over, demigods,” bestselling book series creator Rick Riordan delared in a video. “I am thrilled to be the first to tell you that Percy Jackson and the Olympians is really, truly, and for sure coming to your screens.”

While a pair of films were made from the books — Percy Jackson: The Lightning Thief in 2010 and 2013’s Percy Jackson: Sea of Monsters — casting Scobell checks the necessary box of choosing a hero closer to Percy’s age in the books than the movies did.

While the films were financial successes, Riordan was not a fan, to put it mildly.

James Bobin is directing the pilot Riordan is writing. Riordan told fans, “James knows the Percy Jackson books well, his kids are fans,” adding the show is “in great hands.”