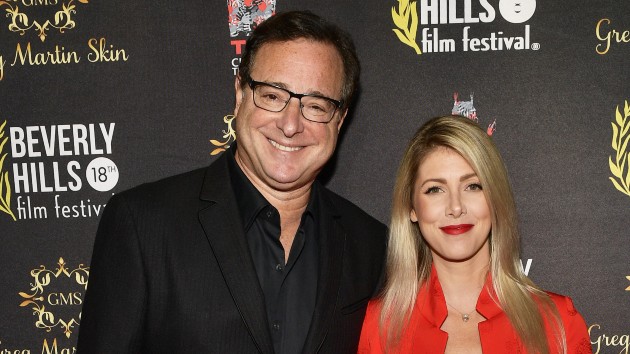 After the comedian’s unexpected death last week, he was laid to rest on Friday and, for the first time his widow, Kelly Rizzo, has taken to Instagram to pen a heartfelt tribute to her lost love.

“My sweet husband. After much reflection this week, I’m trying, really trying, to not think I was robbed of time. But instead to think: How lucky was I that I got to be the one to be married to THE MOST INCREDIBLE MAN ON EARTH,” Rizzo wrote alongside a selfie of the couple, who wed in 2018.

“I was the one who got to go on this crazy ride with him and be in his life these last 6 years. We had that time to make each other the happiest we’d ever been and change each other’s lives forever. I got to be the one to love him and cherish him,” she continued. “He deserves all the love. Every ounce of it. Because that’s how amazing Bob was. He was love. If you were in his life you KNEW he loved you. He never missed an opportunity to tell you.”

Rizzo wasn’t the only one remembering “America’s Dad.” America’s Funniest Home Videos also honored Saget, who was a former host of the show, with montage of moments described as “Bob being Bob.”

“Bob Saget is synonymous with AFV to this day, and this show wouldn’t have been the same without his unique sense of humor,” he continued. “It’s been my honor to continue carrying the torch Bob so brightly lit.”