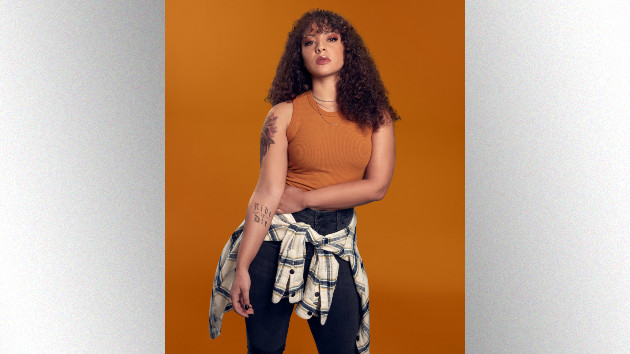 Unlike the 2018 film of the same name, which centered on Daveed Diggs as a parolee attempting to avoid recidivism, this series follows Jones’ Ashley, a struggling mom navigating the prison system after her boyfriend and child’s father goes to jail. Jones says the series shares a point-of-view not often seen on the screen.

“We’ve seen this subject a lot in TV and movies, but it’s usually dealing with the prisoner inside,” Jones tells ABC Audio. “And so, it was really important for us to have this female point-of-view that is outside the prison system but it’s still affected by it.”

In addition to offering a different POV, the series uses humor and even plays to the audience to address some important societal issues. Jones says she appreciates how the creators showed Ashley’s unwillingness to “break the family apart” even as she struggled to keep herself together.

“They want to make it work and they want… the best life for their child,” she explains of Ashley and her boyfriend.

“She does keep it together in front of her son, and then she lets go with the audience,” Jones says. “And she’ll smash her hotel room with a tennis racket, which a lot of women have wanted to do in their lives…That’s the reality of the situation. She presents her best self in front of her son, but allows herself to get emotional behind closed doors and let it out.”

Those real-life and honest emotions are what Jones says she loves the most about her complex character.

“It’s almost this therapeutic and very smart way of how she handles it,” Jones adds.