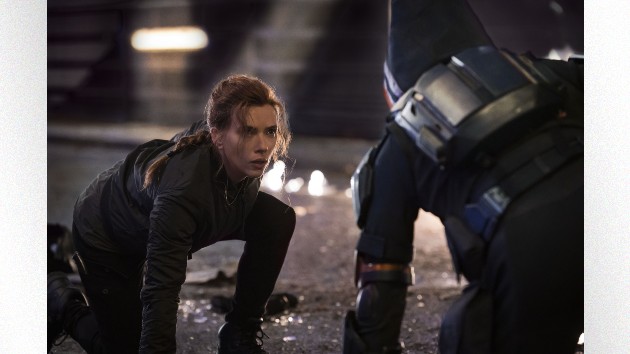 The film had an $80 million domestic haul that crushed the $70 million pandemic-era record set by F9: The Fast Saga just three weeks ago. Additionally, the prequel adventure of star and executive producer Scarlett Johansson‘s titular Avenger also raked in more than $60 million via Disney+ Premier Access, where it could be streamed for around $30.

The aforementioned F9: The Fast Saga dipped to second place with an estimated $10.9 million, bringing its stateside totals to $141.3 million after three weeks.  Overseas — where the film debuted before it did in the U.S. — F9 has earned $400.5 million, bringing its worldwide gross to $541.8 million.

Grabbing third place is The Boss Baby: Family Business, a follow-up to the 2017 smash, The Boss Baby, delivered an estimated $8.7 million in its second week of release, raising its domestic total to $34.7 million.

Fourth place belongs to the latest chapter in The Purge franchise, The Forever Purge, earning an estimated $6.7 million, for a two-week total of $27.4 million.

Rounding out the top five is A Quiet Place Part II, earning $3 million in its seventh week. Its domestic total now stands at upwards of $150 million. Overseas, the movie has added an estimated $128.3 million so far, bringing its current worldwide earnings to $279 million.